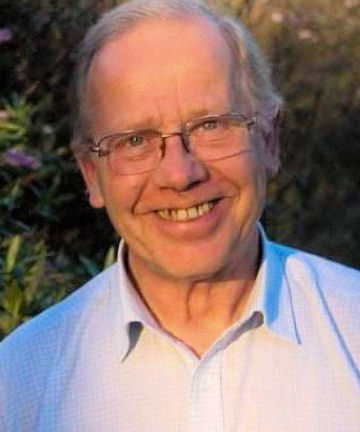 Jeffrey died at home after a very short illness on Sunday 30 January 2022. He had been under the weather for some time, for longer than most of us knew. But the weather continued to get worse until a week in hospital was needed during early January 2022, followed by a programme of palliative care.

Jeff had been a key member of the Troyte Ringing Centre peal band for almost exactly 17 years. His first peal at Huntsham was on 22 December 2004 (peal no 19 in this tower) and his last was on 16 December 2021 (peal no 603 in the tower). He was an extremely competent ringer making very few method errors. Perhaps five or six peals passing between small almost un-noticed trips. He was always a very welcome and reliable member of the band. He was also a competent conductor and seemed to really enjoy conducting Grandsire on any number of bells.

However Jeffrey had other skills. Peal ringing at Huntsham contains a strong social element - usually a pub lunch at The Redwoods in Uplowman, or a cooked breakfast there, if the peal failed early enough! Conversation formed a big part of these occasions and Jeffrey was excellent at introducing topics into conversation that he knew would generate animated discussion amongst those present. Sometimes the conversation became very animated and after lunch those lunching at adjacent tables received an apology. We need not have worried too much because we discovered some came to lunch at The Redwoods on Thursdays to listen to the conversations of these strange people who spent so much time ringing tower bells.

Shepton Beauchamp was his home tower. Jeff did much for this church, its tower and its bells. This excellent light ring of twelve bells, for which Jeff did so much, will sound out their message in his memory for years to come.

Jeffrey loved his family, especially his grand children and it was wonderful that he could spend time with his wife, his children and grandchildren during his final period of bad weather.

Jeffrey will be missed by many. His contribution to the Troyte Ringing Centre peal band has been enormous and he will be irreplaceable.

Rest in Peace Jeff and Rise in Glory.

Congratulations to Mike Hatchett.  On Thursday 13th January 2022 he rang his 500th peal on the bells at Huntsham. The peal band are detailed below:

Back in action after 2 years the Troyte Ringing Centre were back in action on August Bank Holiday raising money for Christian Aid. Bellringers from Bampton & Tiverton entertained their audience of young, and not so young, bear owners by launching their well loved teddies from Bampton tower. Queues of teddies lined up on the tables waiting to have their parachutes attached. Taken two by two up to the top of the tower, in a basket, to be launched from the top one at a time. The weather was kind, with a breeze from the NE which meant only one casualty falling into a nearby tree. From past experience the ringers retrieved him by means of a line from the top of the tower and he was sent off for a second attempt. More than 50 certificates for bravery were issued and all went away happy. 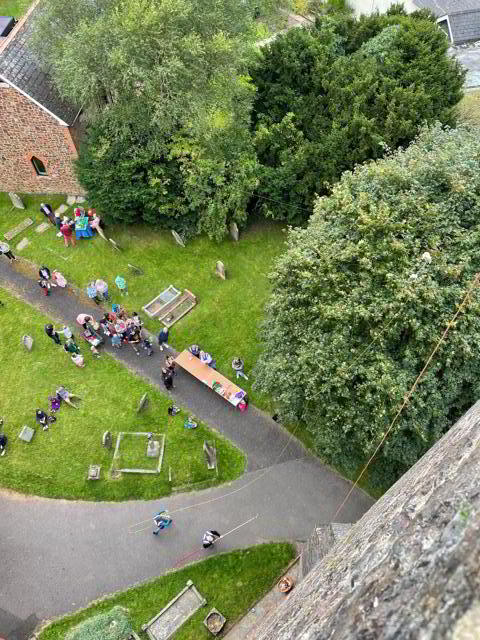